So much for our only pro-gun US Senator. With my commentary in red...

Thank you for contacting me to express your concerns regarding gun violence. I never use the phrase 'gun violence' because I speak of gun rights. I appreciate you taking the time to share your thoughts.

This Congress, I have co-sponsored legislation entitled the Fix NICS Act. (S.2135) a subverted form of gun control, commonsense red flag alert! This 'common sense' phrase is used so much that they have combined the two words into a newly created liberal anti-gun Moms Demand buzzword, bipartisan legislation bipartisan in terms of gun legislation means 'anti-gun' that can make a difference right away to keep guns out of the hands of dangerous individuals as determined by who?.

This legislation will push state, local and government entities to follow federal law and step up their reporting of information to the FBI that would disqualify individuals from passing a national instant criminal background check. The Fix NICS Act will force states to enforce bad legislation that is currently not enforced. The 1968 Act (18 U.S.C. 922(g)), the 2007 Veterans Disarmament Act, and the regulations implementing them are so sucky that they, if fully enforced, would disarm millions — perhaps tens of millions — of decent Americans. (GOA's argument)

The tragedy in Sutherland Springs, Texas is an example of this problem, in which the Air Force never reported the proper information that the perpetrator was dishonorably discharged, a convicted violent criminal, and mentally ill. Why not actuall fix that problem and hold those people accountable? That would be too "commonsense". If these disqualifying criteria under federal law were reported to NICS, he would not have been able to pass a background check to buy firearms.

Additionally, I support the Bureau of Alcohol, Tobacco, Firearms, and Explosives (ATF) re-examining the approval of bump stocks, which are used to modify a semi-automatic firearm to mimic the rate of fire of a fully automatic firearm without the accuracy or actual rate of fire of a machine gun.. I look forward to reviewing their decision closely, and am willing to consider, if necessary, legislation to make bump stocks illegal. I can bump fire an AR-15 from my shoulder with no device. Are you going to make that illegal too?

Furthermore, I support increased penalties for straw purchasers so in other words, you support making something that is currently rarely prosecuted 'more illegal'. M'kay – individuals who buy firearms for legally prohibited persons, and I have also voted in support of legislation that would prevent terror suspects from purchasing firearms. If somebody is 'suspected' of something, their rights are thereby suspended?

I continue to support efforts to genuinely reduce crime how does any of this reduce crime? and make our society safer for all citizens sounds good but does nothing of the sort. No law, no ban, and no background check will completely ensure the safety and security of our communities, but I believe these commonsense there's that newly created liberal anti-gun Moms Demand buzzword again proposals will help save lives.

Please keep in touch and I hope you will continue to share your views on this issue and any other in the future. 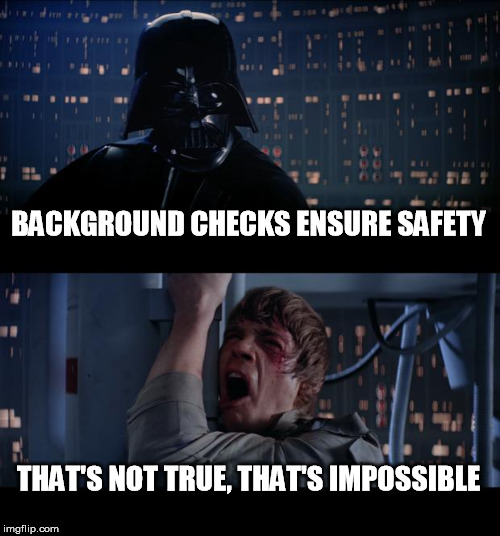 junior Wash. D.C. Senator can provide ''guidance'' on 2A topics to the senior Senator
Acquisitions so far:


Furthermore, I support increased penalties for straw purchasers so in other words, individuals who buy firearms for legally prohibited persons,

It's already supposed to be ten years in prison, isn't it? I mean what the sentence could be, not what people who are convicted are actually getting. Has there been any cases of someone actually getting ten years? I don't follow every case of a convicted straw purchaser, but the last one I read about, the person never served any actual prison time at all. What is the average prison sentence violators are actually getting for this offense?